At Trustland we pride ourselves on having great relationships with our clients, having developed our business with

The client for this project was Liverpool craft beer company who have big plans to bring back Liverpool’s iconic Higson’s brand in a new and exciting way. The project involved a full refurbishment and fit-out of an existing 11,000 sq ft warehouse into a micro-craft brewery encompassing a production level retail area, offices and warehouse space. The existing building was in need of extensive alterations including the removal of asbestos, new roof fitting, replacement of concrete slab and drainage, demolition and full fit-out to become the new Love Lane brewery bar and kitchen that it is today. 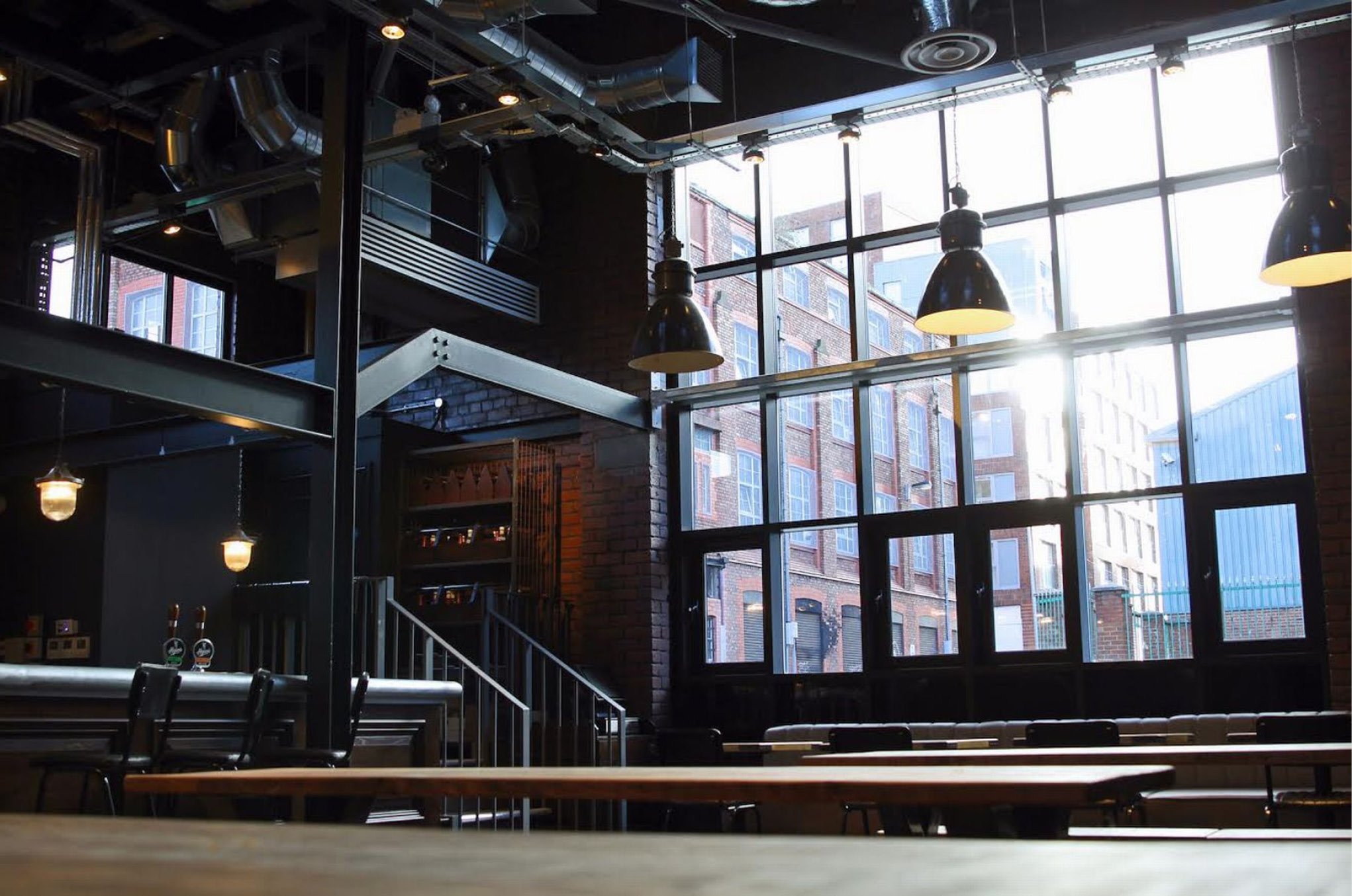 We were aware early on that the building was found to contain asbestos, known for its health concerns when disturbed. The warehouse location was also at a high risk of stumbling across UXO’s (unexploded ordnance), as WW2 bombs that are yet to be discovered are known to be buried in the area. In addition to this, a spanner was thrown into the works when a sub-contractor accidentally split a gas pipe which was not present on existing drawings during phase 1 of the project.

The existing roof was asbestos sheeting and had to be removed via specialist sub-contractor ACT, prior to any hard demolition work taking place. The entire building was sealed up, the roof sheets were wet down, bolts snapped off and the sheets lifted on to scissor lifts and lowered to the ground with caution. During the works, a number of additional ACM’s (Asbestos-containing materials) were covered when walls and floors were opened up. We also enlisted APEC environmental to come to the site, take samples and get an analysis done straight away so as not to hold up works on site.
Excavation of the slab and drainage in the groundworks had to run concurrently with assistance from UXO consultants who advised us on additional safety procedures and what to do should we encounter an unexploded WW2 bomb. Thankfully though we didn’t actually come across any throughout the duration of the works.
As soon as the sub-contractor split the gas pipe, work was halted and the utility company was immediately notified with the gas supply decommissioned in 4 hours. An inconvenience at the time that is now but a distant memory after the successful completion of the £2 million project!

“What a joy Trustland were to deal with…

Trustland were appointed as the main contractor for the building of Love Lane Brewery and the Love Lane Brewery Bar and Kitchen. They became part of the family and we were delighted with the quality of their output and their post-completion support.

I would wholeheartedly recommend Jon Bagley and his team, they’re really great guys!”

Could we help you with a similar project?