At Trustland we pride ourselves on having great relationships with our clients, having developed our business with

Our client in the nuclear industry has been challenged by regulators to ensure that all fire compartments across their vast nuclear-licensed site (approximately 30 buildings in total), are fully risk assessed, inspected and brought up to today’s standards if required. This is an ongoing 3-year programme of works, where we are working as an extension of our client’s multidisciplinary team to give greater cost and programme certainty. 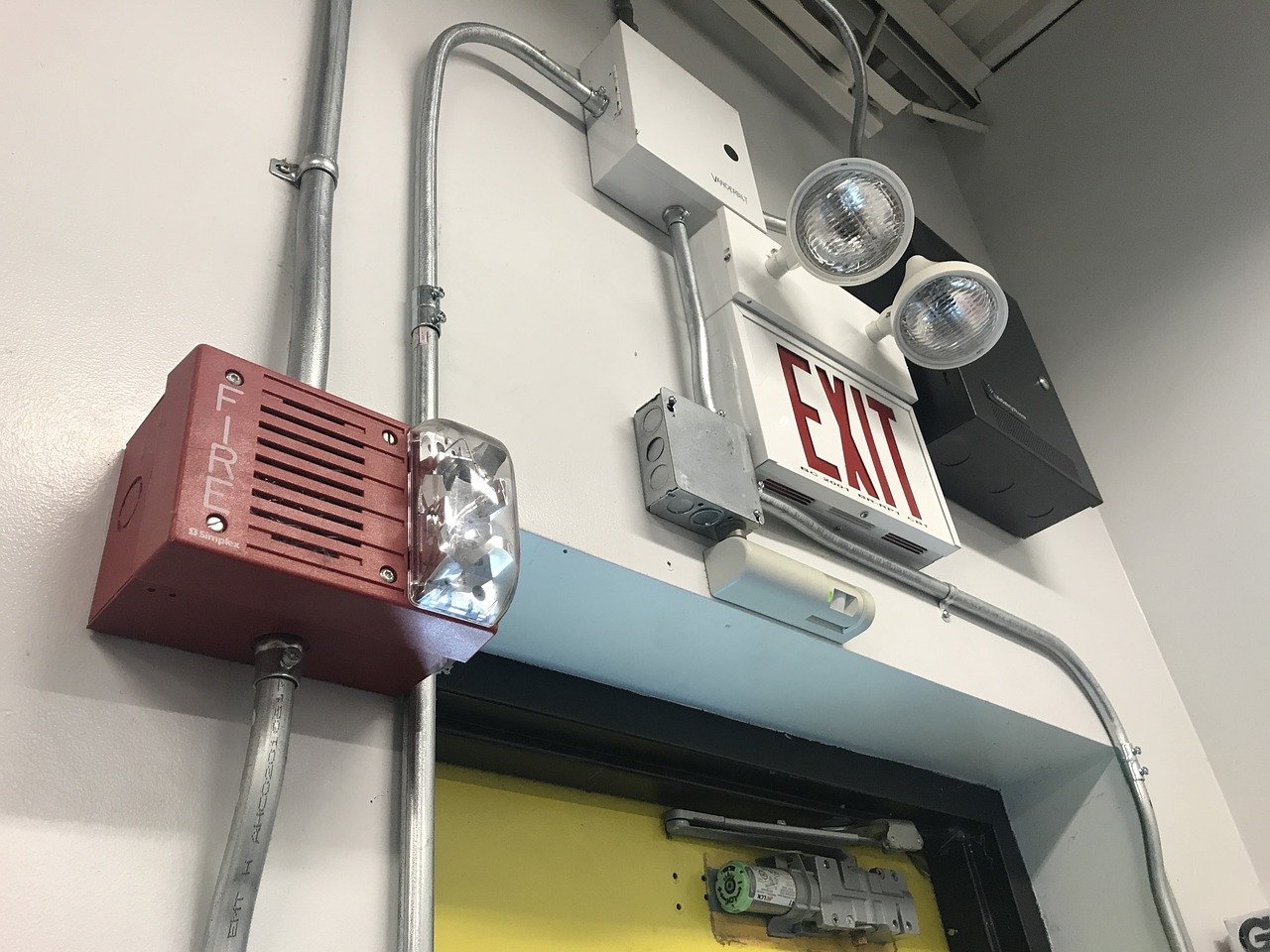 5 days of trial surveys were initially carried out, in order to understand the scale of the survey operation. It was estimated that the entire survey would take a minimum of 6 months to carry out by traditional means, so the team looked at utilising alternative methodologies to deliver the surveys.

We delivered sections of the project using a micro-drone with a protective bump cage and HD instant video streaming, manoeuvered to a strict pre-ordained flight plan by a CAA trained pilot. At ground level, Trustland have contracted RPS as a fire engineering consultant to risk assess each penetration in real from the imaging on the tablet screen. This data is then analyzed by our fire compartment experts who specify and record the remedial actions required. Which in turn is then communicated to our design office for our engineers to produce CAD drawings for construction and future cross-referencing.

It has been determined that many of the existing fire dampers have not been fully maintained, making them potentially ineffective. To rectify this issue we have engaged with a mechanical contractor who is working alongside us to replace these dampers.

Some of the buildings have been found to have insufficient or incomplete asbestos survey records. To ensure that our design team and operatives have as much knowledge as possible prior to remediation works commencing, we have engaged our specialist asbestos surveyor partners to work alongside our current survey team and generate project-specific reports on any ACM’s (asbestos containing materials) in the work areas. As a further precaution, all operatives working on the compartment projects have been given UKATA cat B training.

Due to the rigorous design review process used in the nuclear industry, agreeing product specifications with the appropriate European technical assessments were identified as a potential issue. To mitigate this, Trustland partnered with Hilti, as world leaders in the design & development of passive fire protection products.

Alongside Hilti, we were able to hold an information day for the Client’s design authorities, project managers and procurement teams. During the day we demonstrated the products, the design techniques and showed videos of product testing carried out by Hilti. We also use Hilti’s technical teams to design non-standard solutions that can be used, such as making cost savings where access to one side of a wall would be very expensive.

A lot of the buildings involved in this project are occupied offices and communal facilities, so we have scheduled some of the works to be carried out outside of plant working hours to minimize disruption.

Our client, in this case, awarded us the contract for multiple reasons, one undoubtedly being that we hold 3rd party accreditation from Exova BM TRADA to install fire doors and repair and maintain fire compartments. All of our tradesmen are trained to carry out these activities and the workmanship and associated documentation are subject to a regular independent audit, giving our client the peace of mind to know that all passive fire protection measures we install, will perform to the highest standard in the unfortunate event of a fire.

“Fire safety is something we’re really passionate about at Trustland. In the past few years, we have invested heavily in our personnel, systems and 3rd party accreditation schemes to put ourselves in the perfect position to offer our clients a complete service relating to passive fire protection.”

Could we help you with a similar project?